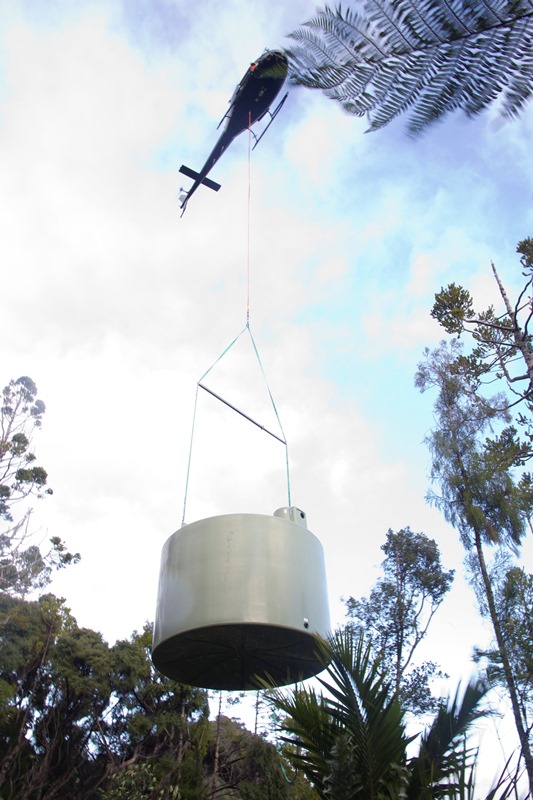 Every now and again we hear a story from a customer that grabs everyone’s attention.

This particular story we eagerly followed from the beginning. It started as a simple insurance claim for a damaged tank, however soon grew into a yearlong process of consent forms, safety action plans and permits.

The property was located in the Waitakere ranges in West Auckland with no site access and surrounded by dense native bush. The only obvious solution to the access issue was to fly the tank in, so a helicopter company was brought in for advice. Contractors and the pilot met and formed a plan that involved one of our trucks meeting the helicopter at a nearby reserve. As the reserve was council land public safety was paramount.

The first step with the council was submitting a thorough safety plan along with flight routes. Next was a 20 page Public Use permit application to allow the helicopter to land in the reserve. Aside from public safety, one of the more difficult hurdles to overcome was the native bush, mainly Kauri, that had to be either trimmed or cut down altogether to allow access. The council required a lengthy report stating how the original tank got in (most probably by digger before the house was built), a conservation report on the trees and a re-planting plan to replace all affected trees on the property as well as the reserve.

One week prior to delivery flyers were distributed to all residents in the area as well as around the reserve. A safety plan on the day, agreed upon by both the council and the pilot, required staff to be placed along the flight path to prevent anyone from crossing the helicopters route. After an exciting, and at times toe curling, day the water tank was successfully placed in position.

So although the whole process took 12 months and cost around $25,000 our customer, the contractors and the council were happy with a job well done.

The Pressure’s on to Manage Water Better. 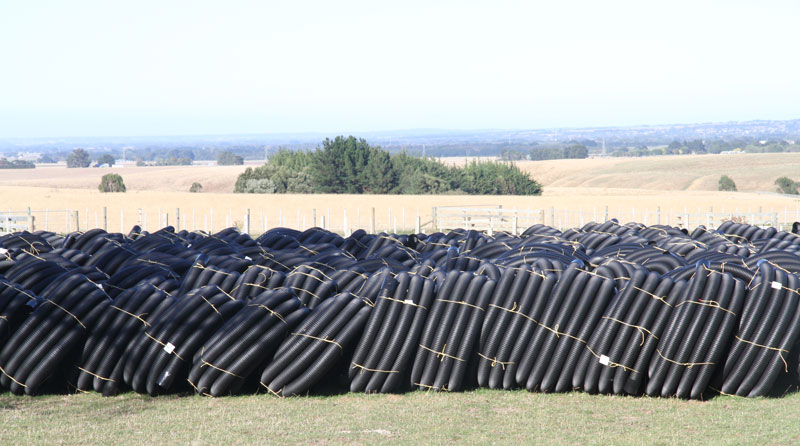